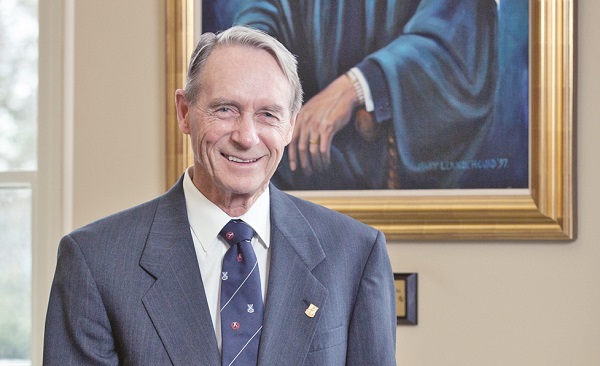 In 1972, Bob Bedard moved to Aurora with his family from Quebec after capping off an incredible tennis career. He has been here ever since, making his presence known in the community through sport and education.

Bedard, 82, arrived to teach at St. Andrew's College, where he would remain for the 25 years in administration, as a teacher and eventually as headmaster for 16 years.

But prior to making that move, he was known as one of the best tennis players in Canada, marking an incredible stretch as the number one ranked tennis player in the country for 11 consecutive years from 1955 to 1965. Even more impressive, between 1952 and 1970, Bedard ranked no lower than third in the country.

When asked about his success on the tennis circuit, Bedard was humble. 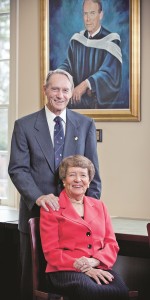 “It took a number of years; I was number one in Canada for 11 straight years, so I think it was the steadiness, nothing to do with me being a great player, but I always competed well,” he said. “In those 11 years I made three tours of Europe and in our days it was amateur and we didn't make any money. At that time there were eight professionals in the world on tours all the others were amateurs.”

It was during that stretch that he was able to face some of the world's top talents, something he recalled fondly as a personal measure of success.

“During that time on the tours in Europe, I had a chance to meet and play some of the world's better players and I played a few rounds at Wimbledon and the French Open and went to the quarterfinals at the Italian Open,” he said. “I had a few good victories in that span and then a few more in Canada after that.”

Bedard cited the years between 1955 and 1959 as his most successful on the circuit and when probably achieved his highest level of notoriety while on tour in Europe.

“One of the things that I am most proud of is that I have victories over the number one player in at least 15 different countries. That includes Australia [Roy Emerson] and the US, France, Italy,” he said. “I had quite number of good victories, but across the 11 years.”

For both his national tennis achievements and his contributions to the local community in Aurora, Bedard has been inducted into the inaugural class of the Aurora Sports Hall of Fame.

“It's always an honour and…it's special to be nominated in your own town,” Bedard told The Auroran.

“When I arrived here in Aurora, I played a lot of hockey, baseball and tennis. I played in house leagues at the Community Centre and at one point I was playing in the provincial league in Quebec.”

At one point, he played on the same tennis and baseball teams as his own four sons, something he said made his time in Aurora even more special.

“That was interesting to play with all my sons,” he said, before quickly going on to praise the many sports organizations in Aurora.

“It's very organized here. Two of my sons played in a bunch of leagues – AAA and others – and one of them made the Olympic team and the other ones played for Aurora when they played against Sweden. But, because of the organizations here, there was always something for everybody.”

Retired since 1997, Bedard and his wife still live in Aurora and stay active still playing sports and vacationing in Florida. He still plays singles tennis three or four times a week at Timberlane.

“Right now it's at its best,” he said assessing Canada's tennis program. “It hasn't been like this for many, many years. There aren't that many good [players], but there are three or four. Naturally, Milos Raonic and Vasek Pospisil – Raonic is from Unionville and he's doing extremely well and Pospisil is close to him too and they are on the world stage right now.”

Bedard said popularity of the sport will continue to grow in Canada with these young players leading the way.

“Tennis is way more popular than it used to be and Canada is finally getting into the world class, because for a long time we had the odd good player, but only one or two, but they weren't really good enough to make a name for themselves on the world stage,” he said.

“Now we're there and I think there has been a lot of progress being made and within a few years the base will be a little bit larger. We need many more to be considered a country that is a powerhouse in the sport.”

Bedard will be formally inducted in the Aurora Sports Hall of Fame at a special dinner and ceremony slated for November 6 at The Mansion (DiNardos). For ticket information, visit www.sportaurora.ca.

Excerpt: In 1972, Bob Bedard moved to Aurora with his family from Quebec after capping off an incredible tennis career.