Government should have acted sooner on NAFTA, says Scheer 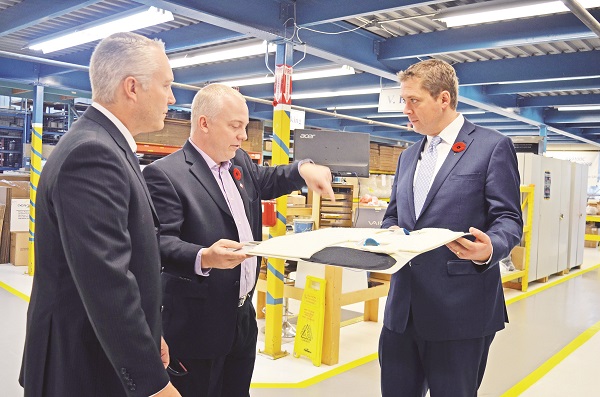 The Leader of the Opposition sat down with The Auroran last week on a visit to Newmarket-Aurora to discuss a number of issues facing the Government today, not the least of which is the ongoing renegotiation of North American Free Trade Agreement (NAFTA) with the U.S. Government.

“If there is one area I sympathise with the Liberal Government, it would be these trade talks because Donald Trump is approaching these in a much different fashion than previous presidents have, far more protectionist rhetoric, and I think that would be a challenge for any government of any political stripe,” he said. “But, we do think the Government should have taken this more seriously earlier on and that some of the things that seem to have blindsided the government, there were signals earlier on that it was coming.

“We're going to continue to just put pressure on and make sure that they are focused on actual market access issues and not getting sidetracked and ultimately do everything we can outside of Canada to present that united voice and make the case for Canada.”

Mr. Scheer was in Newmarket-Aurora on Friday morning to tour Newmarket's CPG Aerospace, accompanied by former Conservative MPs Lois Brown and Costas Menegakis. CPG Aerospace, recently recognized as leader by the Newmarket Chamber of Commerce, employs over 40 jobs in the area and is a success story that “we need to replicate across the country,” said Scheer.

Aerospace is just one sector, however, that can be impacted by NAFTA talks, along with the auto industry and, for Aurora, home to Magna International and a number of other auto parts companies, that is of particular concern.

“It is critically important that we don't allow non-tariff barriers to creep in and what has been proposed, which is basically a significant elevation in the percentage of content for automobiles to cross into the US tariff free, is very alarming and we have committed, as the Conservative Party, to work with the Government to do everything we can to make the case for Canada when we're in the U.S.,” he said.

“We are holding the Liberals to account to make sure they are focused in these trade talks on actual market issues, on trade access, not to get side-tracked on other types of things that don't have to do with keeping the border open. We're also encouraging them to do more to engage US companies who have jobs in the US thanks to trade with Canada, because we believe that is more effective than lecturing Donald Trump on the benefits of a free market economy, and that is to get Americans to put pressure on their congressmen and women and senators in key districts and swing states to tell the story about how jobs can be lost in the US if that border thickens or ultimately is closed.

“[With the] auto sector, we recognize it is hugely important and we are going to continue to stand up for it to make sure this Liberal government does everything it can to protect the jobs we have here and keep our market access.”

Nevertheless, Mr. Scheer said the Conservatives remain “concerned” with the length of time it took the Government to bring forward their NAFTA policies. The U.S. Government, he said, came out with their list of nearly 100 priorities over the summer.

The Leader of the Opposition's stop in Newmarket-Aurora was a visit to a riding which was, until the last Federal Election, a riding which went “blue for two out of the three previous elections.

When asked how he plans on restoring some of the party's traction within the GTA, Mr. Scheer said “it starts with all the seats we held up in the last election.

“We have got good people, good MPs who did a good job and in a lot of cases the MPs that we lost in the last election actually got more votes than they did in 2011,” he said. “It was not, I believe, any reflection on the individuals themselves; it was more a wave that was coming through. What I am sensing more and more is that people who voted for Justin Trudeau the last time are realizing that his policies are actually hurting the people he claims to help. When he says he is going to help the middle class and then attacks business owners who employ 40 people here of good paying jobs, the middle class isn't better off when you have more people who own companies like this have to pay a higher tax bill, and then end up reducing their staff in order to find the money to pay the government, that doesn't help anybody.

“More and more people are realising… a lot of promises were made in the last election. He tapped into something in the last election but is it actually delivering anything that is improving people's lives? I think in the GTA, the more the Prime Minister makes it harder to create jobs, create opportunities, the more people realise that their financial security is at risk because of decisions this government, the more likely we're going to have a message that will resonate with people."

Excerpt: Making inroads with American companies is more valuable than “lecturing” Donald Trump on trade issues, according to Conservative Leader Andrew Scheer. The Leader of the Opposition sat down with...