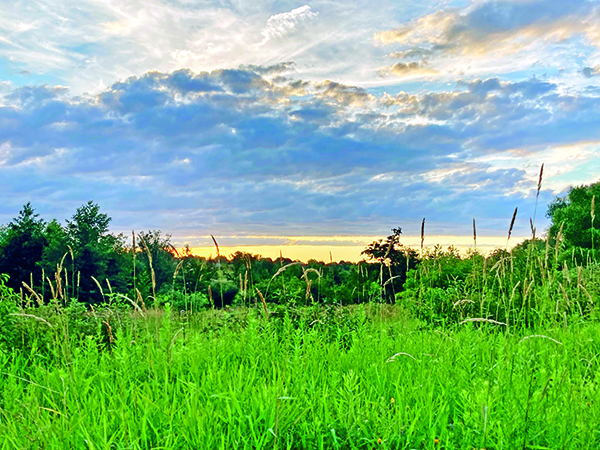 Diversity does not mean simply checking a box; it should be felt deeply, held and valued by all Canadians.

This was the message delivered to community leaders from all levels of government by Vincent Estick of the Aurora Black Caucus on Monday afternoon as Aurora marked Emancipation Day.

Commemorating the anniversary of the day slavery was abolished throughout the British Empire, the solemn anniversary was marked in Town at a community gathering hosted in Council Chambers.

Attended by MP Tony Van Bynen, MPP Dawn Gallagher Murphy, Mayor Tom Mrakas, and Councillors Wendy Gaertner, Harold Kim, and Michael Thompson, among others, and featuring video greetings sent by Ontario Premier Doug Ford, as much as it was a celebration of a turning point in our shared history, in many ways it also served as a blueprint in moving forward.

“We have made great strides, but diversity is not just a checkbox for an organization, it's a reality that should be felt deeply and held and valued by all Canadians, not just Canadians of African ancestry,” said Estick.

“It was August 1, 1834 when slavery was abolished throughout the entire British Empire. Make no mistake about it: it did not happen because solely [through] the work of Black people. It was due to collaboration,” said Caucus Chair Milton Hart. “It was due to the work of people from all political stripes, all racial stripes and that is what we continue to do, that is what we continue to see, and that is what is evident here. Emancipation is a process. It must never be put on autopilot. We are constantly asking for allyship and collaboration.”

The reason why people were gathered in Council Chambers earlier this week was not just about history, added Aurora Black Community Association President Phiona Durrant. For many people it is a “living situation every day.”

“I am so, so proud of us and I am so proud of what we're doing because people talk about us,” she said, sharing that as recently as last week she was told to “take down her braids” to present a more “professional” image. “We're on the map representing the people and equity and voice, and that is freedom.”

“I raise my voice for humanity. I raise my voice in art and dance and music, and even silently in the telling of my story. I raise my voice for our community,” she said, reciting a poem she had written, before addressing the assembled leaders. “That's what freedom means to me. Thank you so much for bringing the names to the table so that our names can be mentioned in rooms we're not even invited. That is the power of your governmental position, to call our names and mention that this is happening and bring supports and programs. We need resources to have freedom.”

These were sentiments shared by the elected leaders in attendance.

First to address the audience was Mayor Tom Mrakas, who said the truth is “many Canadians are not aware of the history of the enslavement of Black people” in what is now Ontario and Canada.

“Today, we acknowledge this dark chapter in our history and celebrate the perseverance of those who fought for their freedom while also recognizing that we still have a lot more work to do to end anti-Black racism in Canada,” he said. “Today, we reaffirm our commitment to working together to create a fair and just society where everyone has the opportunity to succeed and thrive.

“On this day we acknowledge the significant and lasting contributions that Black Canadians have and continue to make to our country, including here in Aurora, a Town that celebrates our differences and sees diversity as an asset. Last year, I was incredibly proud to proclaim August 1 as Emancipation Day here in our Town for the first time. Today I am equally proud to do it again.”

Newmarket-Aurora MP Tony Van Bynen echoed these remarks in his speech on behalf of the Federal government, adding that Canadians are “not always aware that Black and Indigenous people were once enslaved here.

“Those who fought enslavement were pivotal in shaping our society as diverse as it is today,” he said. “Today's commemoration is a tribute to the many community members and organizations who took the time to share their voices, their stories, and their expertise to make Emancipation Day in Canada a reality. Today, we honour people for their courage, their determination and their resilience in the face of the transatlantic slave trade's devastating effects on freedoms, families, and cultures.

“Slavery, of course, comes in many different forms and while we celebrate the abolition of slavery let us also acknowledge the great distance we must travel to create a Canada of equality for all. Despite the abolition of slavery nearly two centuries ago, many are still victims of the slavery of racism rooted in history; the legacy of anti-Black racism is entrenched in our institutions, policies and practices. Today, and indeed every day, we invite Canadians to reflect, educate and engage the ongoing fight against anti-Black racism and discrimination. “

The day, he noted, could be best marked by “reflecting on a better path forward together; a path made possible through the remarkable achievements of Black Canadians.”

It is important we “strive to learn about Canada's collective history and make a conscious effort to never rewrite that history,” added Newmarket-Aurora MPP Dawn Gallagher Murphy on behalf of the Province, who was joined by representatives of MPP Michael Parsa.

“[We need to] tell a more complete story that recognizes the genealogical struggles of African Canadians. This month of celebration also supports the future of Black communities by ensuring the next generation is set up for success, a feat achievable through the collaborative effort of municipal, provincial and federal governments.”

Driving the point home, she singled out a young man named Cameron, one of 10 youth who recently received scholarships from the Newmarket African Caribbean Canadian Association (NACCA).

“Cameron was the Vice President of the Black Students' Association at his high school in Newmarket,” she continued. “He will be studying Political Science when he starts university in September. Cameron was selected as one of 20 youth to present at the United Nations General Assembly [and he] will present his perspective on the complex challenges currently facing humanity. Cameron's goal is to be the Prime Minister of Canada one day and that there, my friends, is an example of what we are celebrating today: our future generations, strong, free, ready and able to conquer the world.”