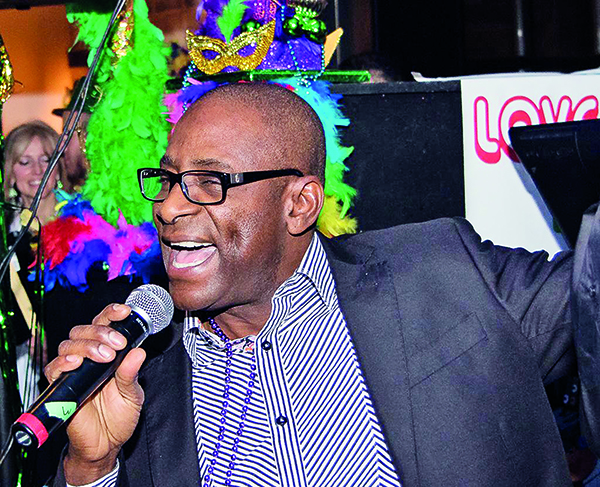 Aurora's popular Concerts in the Park summer series will open its milestone 25th anniversary season on July 6, with a little music for the soul.

George St. Kitts will take over the Town Park band shell next Wednesday with a mix of soul and R&B which has earned him two Juno Award nominations.

“We are thrilled to be kicking off the series right out of the gate with George St. Kitts,” says Shelley Ware, Special Events Coordinator for the Town of Aurora. “We are very eager and excited to be celebrating our 25th anniversary and we're looking forward to producing the series without restrictions, such as audience size and pre-registration, and we're back to how the concert series ran previous to COVID, which we are all excited for – as are our bands.

“Bands love performing in Aurora; they love the park, they love the responsiveness of the audience, and just how intimate Town Park is. We're also quite excited to have a lineup with a range of genres and we're confident we will be able to meet the community's expectations.

When Concerts in the Park began 25 years ago, it was first offered on summer Sunday evenings. But with many people out of town on weekends during the warmer months, the events were moved to the middle of the week and the concerts went from strength to strength.

Illustrating the wide range of music offered during the 2022 season, George St. Kitts and his band will be followed the next Wednesday by Sheer Heart Attack: A Tribute to Queen.

“They are phenomenal,” says Ms. Ware. “The costume changes, the lineup, the stories in between – this is really quite the experience and we're looking forward to that.”

Next up on July 20 is Natural Elements, a tribute to the music of Aretha Franklin, Gladys Knight and Chaka Khan.

“This tribute has all the rock-star swagger and fiery-energy Urban fans love and all the pure pop country made famous by Shania Twain. It features the closest look and sound to Keith and Shania in the world," says the Town.

The music of Marvin Gaye, Stevie Wonder, Otis Redding and more will ring out from Town Park on August 10 with Soul on Top, with Desire: A Tribute to U2 taking over on August 17.

Celtic rock will have people up on their feet on August 24 with The Mudmen before the series closes August 31 with Epic Elton: A Tribute to Elton John.

“Epic Elton will be quite the finale and a great way to roll up our 25th anniversary,” says Ms. Ware.

This year's concert series, as always, will be free of charge each Wednesday night from 7 – 9 p.m. Although there is no cost to the series, the Town asks residents to consider something extra special for Concerts in the Park's 25th.

“Our Premium Concert Experience is also back and this is for folks who are able to provide a food donation for the Aurora Food Pantry and get entered into a draw and there will be one draw for every single concert this summer. The winner, along with three guests, will be upgraded up to the front row and be able to sit in our green Muskoka-style chairs. It has been a delight in the past and for those who win it's exciting because it is a change for their plans, especially if they are way up in the back row.”

As an added bonus to each concert, the evenings will be opened by the Top 8 Aurora Teen Idol Semi-Finalists, who recently battled for the title at the inaugural Aurora Performing Arts Festival, with local dance groups performing at the intermission, while each night will be emceed by representatives from community organizations.

For more information on the 2022 Concerts in the Park series, including the full lineup, visit aurora.ca/summerconcerts.