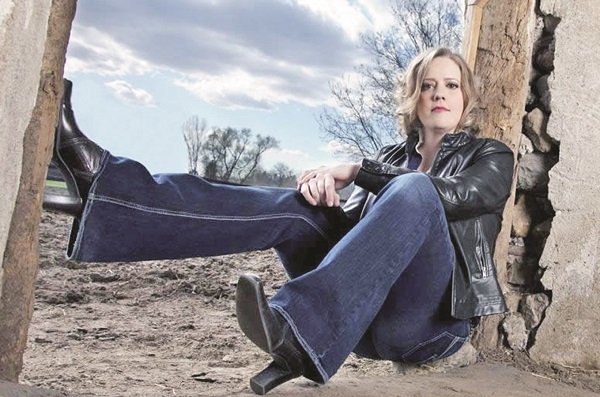 A chance for some much needed exposure?

A chance to play some of my own songs to esteemed judges from the music industry?

A real Gibson guitar as a top prize?

If anyone was trying to convince Kirsten Jones to take on the Hoedown Showdown in Aurora in 2006, they could have stopped right there.

In fact, they probably could have signed her up on the second point alone. The Gibson guitar was just gravy, it is with this same instrument she has penned award-winning music, received many country music accolades, national recognition with a Juno nod, and dropped an acclaimed album.

Not a bad haul from taking the stage in the Hoedown Showdown.

Now, however, aspiring singers and songwriters can follow her footsteps as Magna revives the Howdown Showdown for the 25th anniversary of the annual Wild, Wild West Hoedown.

Speaking about her memories of the Showdown seven years ago, Ms. Jones says she has vivid memories of showing up in Aurora from her home in Toronto and finding out that the panel of judges included musicians Sylvia Tyson, John McDermott, and the head of the Canadian Country Music Association.

After three weeks of performing and meeting some great friends along the way, she was ultimately crowned the winner.

“That particular Showdown gave me a lot of confidence,” she says. “I won the guitar I still play today and from there I got involved in going to the Canadian Country Music Awards and ended up getting nominated one year as artist of the year. The Showdown really started a great career trajectory for me and I ended up putting out an album with some of the songs I played in the contest.”

This well-received album was produced by her “dream producer' Gary Louris of The Jayhawks, a roots band which was very influential to Ms. Jones in developing her own personal style. Through the album she recorded with Jim Cuddy and Bob Egan of Blue Rodeo and three of the songs made it into the finals in the International Song Writing Competition.

Songwriting was her first love, she says. Singing over a backing track was never something that appealed to her, so the opportunity to showcase both sides of her musical talent was something which struck a chord.

“I think it is about whether you really believe in what you are singing and can you deliver the songs,” she says. “It is not so much whether you wrote it or not; it is just a gut instinct about wanting to sing a song. Of course, that comes easy when you write it yourself because it's already in place, but there are definitely many songs I have covered over the years that I have fallen in love with because they resonated with me.”

As she writes about her own personal experiences, professional awards aside, if the experiences she writes and puts into song also resonate with her audience, that is often the most rewarding part of all. One song she particularly prides herself on is about her father being absent for her early years. When someone comes up to her after a set to say the song hit a nerve because they too had a missing parent in their lives, it is justification for the artistic process.

“That is the way I feel when I listen to my favourite artists,” she says. “I would just connect with one of their songs and I would love to get the chance to tell them that.

A native of Virginia, Ms. Jones finally met her Canadian father at the age of 15 and thought she would give Toronto a try. She has never left. Although she occasionally misses the nice Virginia weather, she says Toronto is a “great international city” and “everything you could ever want.”

As the deadline for this year's Hoedown Showdown applications approaches this week, she urges young artists to take the plunge and chase after their dreams.

“A lot of people will say to you, “You should have a backup plan! You should always have a fall back plan.” I want to rephrase that for any young artists: You have to have a plan to help you make money that goes along with what you're doing. I don't think you should ever quit if you believe in yourself and you love music.

“Something that can help you continue to earn money on the side is definitely a good thing, but don't consider it a fallback. You know what you want to do, go out there and do it, don't listen to everybody else.”

For more information and for applications go to www.hoedown.ca.

Excerpt: If anyone was trying to convince Kirsten Jones to take on the Hoedown Showdown in Aurora in 2006, they could have stopped right there. In fact, they probably could have signed her up on the second point alone. The Gibson guitar was just gravy...