Newhook sees name rise to the top ahead of NHL Draft 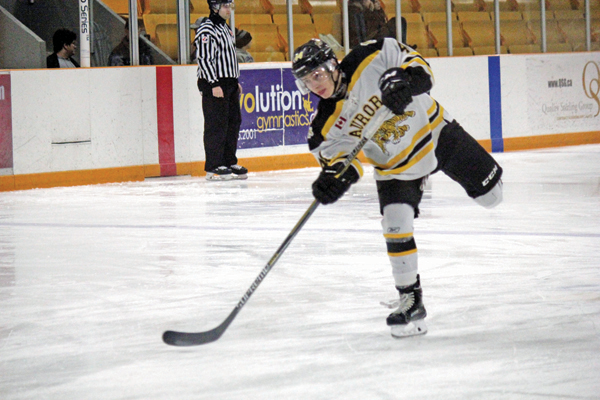 A soaring season out west, and a former St. Andrew's Saint and York-Simcoe Express has seen his name elevated to the elite levels of the upcoming NHL Entry Draft.

Forward Alex Newhook has moved into the number thirteen slot in the NHL's final rankings, ahead of the draft scheduled for later this month.

It's quite a feat for the Newfoundlander, who has never played the game at the major junior level, opting to skate in the minor ranks to maintain eligibility for an NCAA collegiate scholarship. He was named the top junior A hockey player in the nation in late May.

“I think sticking with the college route is something I've been very interested in since I was a lot younger,” said Newhook shortly after the NHL's draft combine in early June. “I want to stick to that plan. It's a great lifestyle down there, being able to develop physically, as a player and a person, is something that's been very attractive for me. I think going the (minor junior) route has been great for me.”

The seventeen-year old centre has seen his name rise to the top of the 2019 NHL Entry Draft rankings over the past two seasons, now with the BCHL's Victoria Grizzlies after a three-year sting between the York-Simcoe Express minor program and the St. Andrew's Saints varsity hockey team.

After putting up close to two points a game in his hometown St. John's, Newfoundland AAA program at the age of fourteen, Newhook moved to Ontario and got his feet wet in skating with the Saints program, before leading the Express Minor Midget AAA team in scoring in 2016-17 with a whopping 74 points in 33 games.

Skating with the Aurora Tigers as well that season, something quite rare for a player just turned sixteen, Newhook made the decision to head west to the Grizzlies program.

Wearing a ‘C' for the BCHL club this past season, Newhook turned scouts' heads everywhere in posting 102 points in just 53 games.

“I think this year, just being a captain, and being in that role, has been something that's been very beneficial for me. I knew from the time I left St. John's and came to Ontario, and then now B.C., I just wanted to learn as much as I can. Take in as much as I can from video, and from coaching, and what I see in myself.”

The humble centreman said he does still feel he has some things to improve on, mostly his speed to compete at the highest level.

Despite the elevated interest in his services by NHL clubs, Newhook has decided to take the educational route first: he is already committed to play NCAA hockey with the prestigious Boston University program next season, a commitment he made at the age of fifteen.

Excerpt: A soaring season out west, and a former St. Andrew’s Saint and York-Simcoe Express has seen his name elevated to the elite levels of the upcoming NHL Entry Draft.