Junior A Tigers beef up blue line with offseason deals 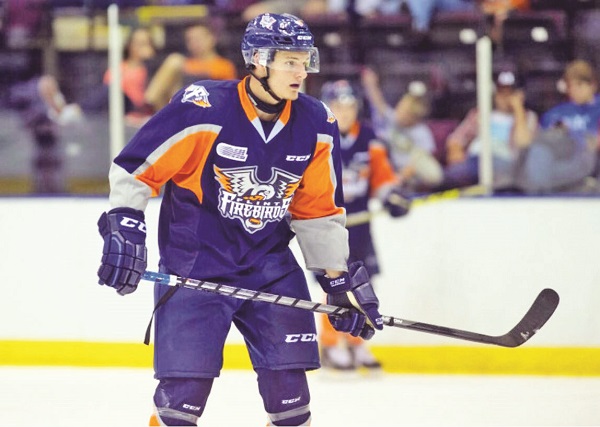 The junior hockey roster carousel keeps spinning, and with it comes a new set of faces to defend the Aurora Tigers' blue line.

The Junior A club announced late last month the acquisition of defenceman Samuel Duchesne to the 2018-19 roster, a signing owner Jim Thomson said GM Dermot Anderson told him was a “special” one.

The latest in a long line of ex-major junior players signed by Thomson in the past two seasons, Duchesne's resume is a healthy one: the six-foot-two Brampton native cracked an OHL roster at just sixteen years of age in 2015, suiting up for the Flint Firebirds of Michigan.

He spent two full seasons with the Firebirds before being shipped off to the Quebec Major Junior Hockey League's Saint John Sea Dogs before the start of last season, bouncing around to the Chicoutimi Sagueneens of the same league before landing with Aurora.

The addition of Duchesne is just the latest in a series of offseason moves by Thomson and staff to add experience to the Tigers' back end, acquiring 19-year old defenseman Noah Tooke from the Central Canadian Hockey League's Carleton Place Canadians last month.

The six-foot-two blue liner from London brings three full seasons of junior hockey experience to the Tigers, including playing at almost a point-per-game pace with the Canadians in 2017-18.

In return, the Tigers sent forward Jackson Arcan to the Canadians, without ever pulling on an Aurora sweater after a deal brought him to the club in June.

Duchesne and Tooke will join Noah Lugli as new faces on the Aurora blue line this season, Lugli acquired in a deal with the Wellington Dukes in June.

Lugli, self-described as a “big-body presence”, brings his six-foot-five frame to a Tigers blue line that seemed desperate for strength in the 2017-18 season. With the departure of fellow big man James Thomson from the blue line this season after making the transition to U-Sports with Wilfrid Laurier University, Lugli fills the position without missing a beat.

A journeyman who cut his teeth with the prep program of St. Andrew's College for two years before splitting last season between the Dukes and the Minnesota Magicians of the North American Hockey League, Lugli said he is “excited to get going” with his new squad.

With summer training camp all but over, the new faces as well as old will combine on the ice for the OJHL's preseason later this month, in a schedule released on Monday.

Fans can get a first taste of the new-look club when the Tigers take on the Toronto Jr. Canadians at the Aurora Community Centre on Monday, August 20, with a puck drop of 7:30.

They cap off their preseason with a pair of road games, visiting the Whitby Fury on Aug. 30 before taking on the Jr. Canadians in Toronto on August 31.

Excerpt: The junior hockey roster carousel keeps spinning, and with it comes a new set of faces to defend the Aurora Tigers’ blue line.